“The Immortal Olives. Giano dell’Umbria and its silvery trees” is a photography book/exhibition that arose out of a meeting between a mayor who wished to promote the area’s greatest economic, landscape, historic, natural and occupational asset and a photographer who was by chance in Umbria and in Giano found “Paradise,” that place/nonplace that is supposed to be the synthesis of peace and happiness.
The exhibition begins with the transposition of the play of clouds on the dreamlike figures seen in those natural sculptures that we call olive trees, using black and white to accentuate the imaginative characteristic of these “visions,” which are none other but the search for that link between man and the non-visible, as the ancients used to do with these trees, considering them an intermediary between the gods and man, the ability to speak to them, to produce the oil rubbed over the bodies of the demigod Olympian athletes, upon which Ulysses, the son of a god, made his bed…
The exhibition starts at the San Francesco monumental complex, and continues around the Giano dell’Umbria area, places where for years the olive has found its ideal habitat. 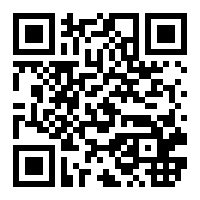