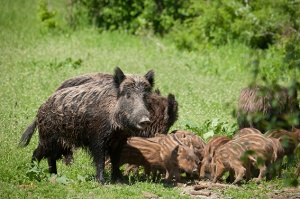 The area of the Martani Mountains presents a wide variety of environments. Many species, although rare, are marked and more frequent: the wolf (Canis lupus); the rock partridge (Alectoris graeca) disappeared in the thirties; the gray partridge (Perdix perdix) have re-colonized some areas of the summit meadows.

Fauna, currently shooting, suffered a decrease mainly attributable to the different human pressure following the decline of transhumance and building and improving roads also the type of land-use has greatly affected the fauna because it determines different habitats favor or not certain species and groups of animals.

The environmental situation before the reforestation crops pushed as high as possible to fade then degraded and rocky things to which followed the meadows was the perfect habitat for the animals of which there was the disappearance.

In addition, the transformation of simple coppice in the compound and in high forest, most quiet of the woods, further away from the roads, prepare an atmosphere conducive to the wild cat (Felix silvestris), whose presence is testified by facts sightings by forest guards, and all the sylvan environment animals: squirrels (Sciurus vulgaris) are now very numerous, while recently the resurgence of the wood pigeon (Columba palumbus) and the same wild pigeons (Columba livia) tend to colonize some areas. It is easy to hear the tapping of woodpeckers (Picus viridis), or suddenly see flying magpies (Pica pica) and jays (Garrulus glandarius). They were identified traces porcupine (Hystrix cristata) on the eastern side where, because of the greater variety of agriculture, is also in a fairly consistent rate (Meles meles) 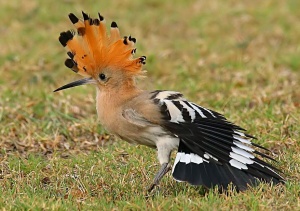 uently between the woods and the meadows of the other. More and especially to the east if it meets the goshawk (Accipiter gentilis), while among the nocturnal birds of prey are common, particularly the scops owl (Otus scopus) whose monotonous recall in the late spring of alternates to the song of the nightingale (Luscina megarhyncos).

In summer, especially among the olive trees you are seen blending with light and elegant air the Hoopoe (Upupa epops) by the beautiful colors and the golden oriole (Oriolus oriolus).

The fox (Vulpes vulpes) is present above all in the vicinity of populated areas as well as the stone marten (Martes faina) and weasel (Mustela nivalis).

The population of amphibians is quite rich and includes several species, including the great crested newt (Triturus cristatus), the wall lizard (Podarcis muralis), the green frog (Rana sp.), The common toad (Bufo bufo) and the green toad (Bufo viridis).