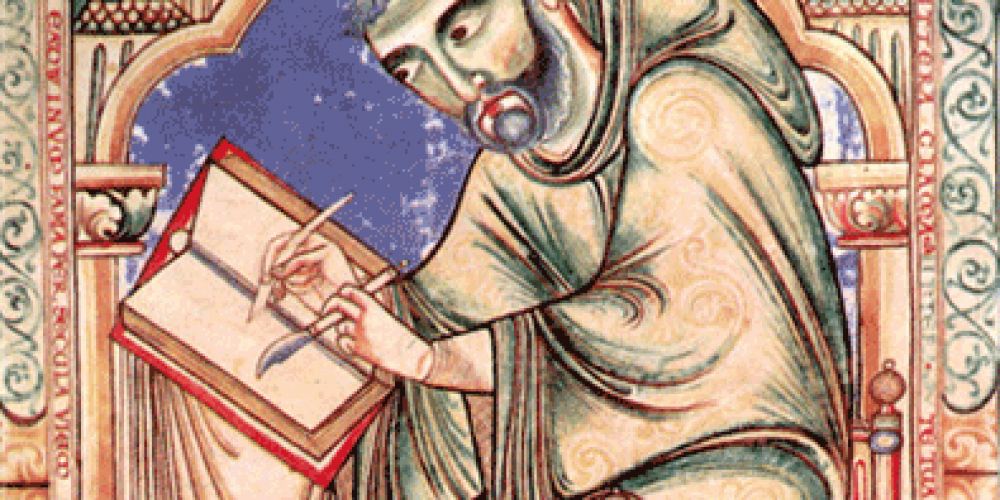 Fra Giordano was one of the most distinguished Franciscans, was a little younger than St. Francis, having been born in the last decade of the XII century. In 1220 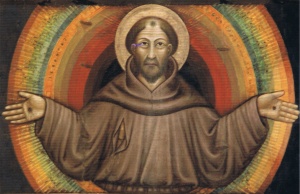 he began his journey to spread the Franciscan order in Germany with Fra ‘ Simone of Collazzone and other friars.

Fra Giordano is author of a Cronaca which is one of the oldest and most substantial sources for the Franciscan history. From this Cronaca know the story of the beginnings of the Franciscan order, the settlement and expansion of the same in Germanic land. Then over to leave a tangible sign of his presence on German soil, in positions of first order in the religious context  he came into contact with the people and culture of the place, trying to spread a faith founded on the principles started a few years earlier by the ” poor man of Assisi. “

The Beata Chiarella from Giano 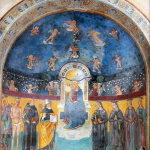 Chiarella of Giacobello was born in Giano dell’Umbria around 1281. After having lived many years in the monastery of Montefalco, was sent to Giano to found the Monastery of Santa Maria Maddalen , of which she became abbess. In 1345, after only two years since the founding of the monastery, Chiarella died. After, for lack of financial means the convent itself had to close and the nuns were transferred to Spello. His body was placed by the Augustinian monks of Montefalco in the church of Sant’Agostino, with the body of the Blessed Illuminata of Montefalco, his partner. In 1724 the remains of the two nuns were dressed and in 1882 were placed in a wooden urn and glass.

It is not known either the year or the place of birth of Bartolomeo; it is believed that he is probably born at the end of the XIV century in Giano dell’Umbria, since his name in the sources is always accompanied by the specification “de Yano”; is also known as Bartolomeo “de Apone” (in a manuscript of S. Maria degli Angeli, as reported by Wadding, Annales, XIV, p. 405), and “de Apono” (Marco di Lisbona, Franciscan writer of the sixteenth century ). He entered the Order of Friars Minor Conventual – is enumerated by Bernardino dell’Aquila among the famous men of the Province of St. Francis – in 1402 it became part of the observant example of s. Bernardino da Siena, which, as sources said, became “socius fidelissimus”. Master of theology and speaker duct, was often in Foligno, where he delivered sermons in which especially recommended peace between men and Christian modesty

Ancient wealthy house of Montecchio, whose house was just outside the walls of the castle along the road of Mulinetta. Esteemed by his countrymen for the generosity and affection for their country, he was appointed the first post-unification mayor of Giano for a decade. He intervened with its own means for compensation work of the Montecchio Castle, promoted the restoration of the ancient Via Flaminia from the Bastardo and the construction of the new cemetery. He called the show the day on August 26 and promoted the establishment of a postal service. Deep knowledge of the forms of collective property became due diligence to the establishment of Comunanza Agraria on agricultural and forestry land of ancient local tradition. Rests in the cemetery of Montecchio in the family tomb, being extinct, is cared for by the current Università Agraria. 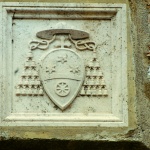 He was born in Spoleto, the 16 April 1858. Pope Pius X elevated him to the rank of cardinal in the consistory of 1911 November 27. He participated in the conclave of 1914 that elected Pope Benedict XV and to that of 1922 that elected Pope Pius XI.  He died May 5, 1931 at the age of 73. He was initially buried in the Verano cemetery, but after two years, December 18, 1933, his remains were later transferred to the Cathedral of Spoleto, his native city. It was very close to Giano of Umbria, in which fraction of Macciano lived his brother. On the property front, which today looks like a pregiovole country residence, above the entrance you can still see the coat of Pompili family, whose descendants still retain ownership.