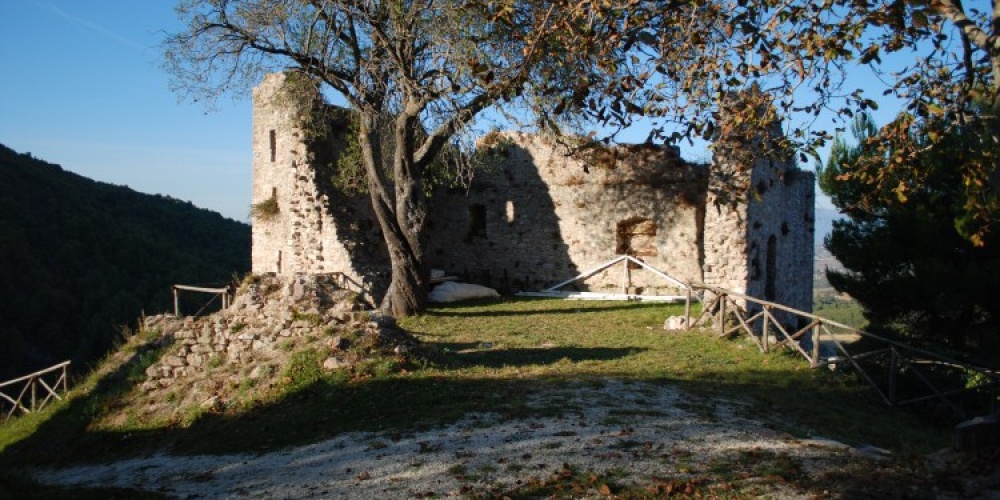 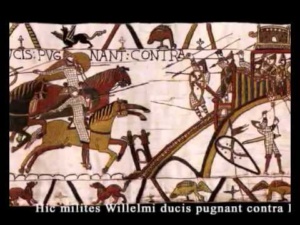 In the territory of Giano dell’ Umbria, after the dark period of the Barbarian invasions, the greek-gothic war that took place in its fundamental episodes along the axis of the Via Flaminia, and the phase of the Lombard Duchy of Spoleto, begin to form, often in strategic positions in the hills around the streets of communication, small fortified settlements, often from the typical urban structure spiral. Terms used in Medieval Latin to call these buildings, were “castrum or castellum” (the Romans called it Castrum their border fortifications). The buildings and homes built within the “castrum”, protected by walls and often by watchtowers, they were called “locus.” These settlements could be built from scratch or on pre-existing oldest earlier. Only in the twelfth century, the castle became, however, the large complex of buildings with different functions, taking the name of fortified towns: the Palazzo del Podesta, housing for the residents and for the soldiers, stables for animals, shops. The buildings, locked inside were protected by walls and towers, with various access doors (which were open in the morning to the sound of bells and closed at sunset); there was often a main tower called “dominiorum” or “keep” it was a very sturdy tower that was to serve as a last defense in case the enemies were able to enter the city walls. It contained supplies and often became the lord of the house. In castrum there was also a chapel for the care of souls. With the increase in population around the fortified village they are built on “burgus” or “village.” Around the village it stretched the “fundus”, ie all employees from the castle territory, including the part agricultural and forested.

A particularly interesting aspect of the territory castles, became in the Middle Ages real Municipalities, consists in having equipped with a City Charter, extraordinary socio-economic autonomy tool. Thanks to these documents, which regulated the life of the castle, the inhabitants tried tenaciously to defend their autonomy from domination ambitions both of Janus is the most powerful neighboring towns such as Todi, Spoleto, Foligno, and the papal power, for a long period succeeding keep in vogue the implementation of the Statutes. Various events, internal strife, disputes of various types marked the history of these centers in the Middle Ages; as all of Umbria, these areas were the subject of confrontation in the age-old struggle between the Guelphs and Ghibellines, seeing the passage and the intervention of Emperor Frederick Barbarossa and the famous Federico II, who in the 40s in 1200 had been standing in the neighboring Montefalco. Erratic and often difficult were the relations with the powerful City of Spoleto but no less intense the internal fighting between the various castles 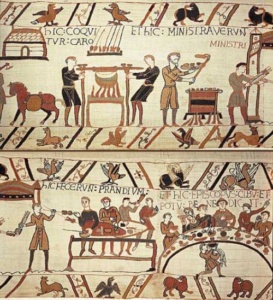 of the territory for territorial boundaries and the right to jurisdiction over property and buildings of the countryside. In 1077, for example, Giano dell’Umbria, along with the neighboring castles of Castagnola, Montecchio, Morcicchia and Clarignano, sided with Spoleto, which revolved the orbit of the empire, in the struggle between the empire in the figure of Henry IV and the papacy, in that of Gregorio VII. About a century later, following the arrival in Italy of the Emperor Frederick Barbarossa, was again at the side of Spoleto in the work of defending the city, which tried to oppose the imperial yoke.

Spoleto fact, refusing to pay the “fodro”, or the fee for the imperial army livelihood dared to face the Emperor who was camped with his army in the plain of Spoleto. The Spoleto tried to surprise the soldiers but the move failed by following the violent reaction of the emperor who, July 27, 1155, ordered his men to enter the city by now devoid of men and put it on fire.