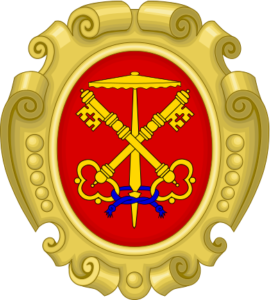 Umbria during the papal domination, from the early sixteenth century to the late eighteenth century remained on the margins of Italian history through a period of economic and cultural stagnation, becoming the “granary of Rome”, with the complete subservience to the Papal States and the end municipal autonomy. The city, at different times, were all definitely absorbed by the State of the Church losing its sphere of internal autonomy. In many cases it was just the infighting among the various municipalities and the failure of some revolts against the ecclesiastical power to favor the direct rule of the Papacy in the territory. Among the various events, emblematic is the fate of Perugia that after the so-called “salt war” was subjected to the Papacy. Perugia in 1540 rebelled against the Papal States because of the gabelle on salt; But the uprising was harshly repressed by Pope Paolo III Farnese, who razed the houses of the Baglioni family, on the Hill Landone; as a visual symbol of papal power over the city then he commissioned the construction of the imposing Rocca Paolina. Umbria is crossed by important roads like the Via Flaminia and the Via Amerina, the Byzantine corridor, in the Middle Ages had been a land of struggle and repression linked to the papal power: just think of the Albornozian fortresses dating back to the fourteenth century. that arise in the domain of the Umbrian towns like Narni, Spoleto, Gualdo Tadino, Assisi and still dominate the profile of these cities.

Often it was a favorite haunt of popes and cardinals, who moved in these lands it is to enjoy the beauty of the climate and landscape enjoyment, but also to escape the heat and to the many political problems of the capital: it is shown by the three papal palaces Orvieto, the curious stories of the Popes who died during their Perugia stays, but also the beautiful Renaissance palaces in Spoleto related to the history of noble cardinal families. Even Giano dell’Umbria and the castles of the area martana, after various events which saw them at the center of the expansionist ambitions of neighboring municipalities, were taken under the papal power, but managed in many cases to keep in vogue their municipal statutes. The history of these 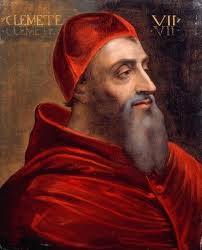 centers is marked, often, by the intervention of some popes who assigned these castles and their lands to families and Lordships following Bonifacio X for example in 1398 confirmed to Ugolino Trinci dominion over the Montecchio castle until the fifth generation masculine, a few years after Martin V instead send in Foligno Francesco Sforza take away from Corrado Trinci various castles including Giano, Montecchio and Castagnola. important personalities also, as Pope Alessandro VI Borgia or Giuliano de Medici, Pope Clement VII left mark their passage in these parts. The first he erected in 1494 in the nearby village of Gualdo Cattaneo a military fortress, an imposing triangular structure designed by Francesco di Bartolomeo di Pietrasanta; the second, through these lands in 1530, returning from Bologna to Rome, chose the village of Montecchio, along the Via Flaminia, as a resting place during his shift.

In the ninth century, thanks to the economic development, population increase and the situation of insecurity in which men lived, spread throughout Italy the phenomenon of, namely the construction of castles and fortified villages to protect themselves from external attacks to seek stability in the formation of a community.