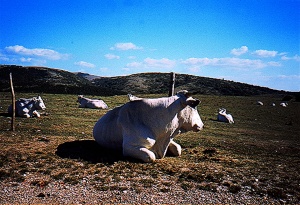 Overall, the morphology of our survey is directly influenced by structural features such as the presence of folds and faults, by the position and lithology of the strata; resulting in selective erosion, which operated with different effectiveness on more or less resistant rocks.

With these assumptions it is possible to understand the marked asymmetry between the west side and the east. The first, in fact, is characterized by a steep morphology to be attributed to the presence of calcareous rocks and very resistant to the intense phenomena disjunctive. To the east, however, it is found more softened forms, both for the lower intensity of tectonic processes and for the presence of limestone and calcareous marl terms easily eroded, willing to franapoggio. Martani are rich in caves and sinkholes, karst formations caused by water erosion, including the example of greatest interest is represented by the Fosso Pozzale. The same water, downstream feeds numerous sources even some bottled like San Gemini, the Fabia, the Amerino, the Sanfaustino and Furapane 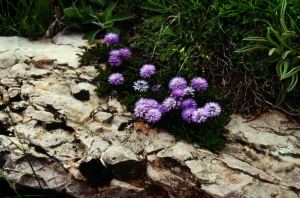 The territory since ancient times, has been the subject of a strong human pressure. Until the Middle Ages, the relief it appeared entirely covered by forests of oak and beech trees, except for the grassy summit. Since 1200 began the first substantial deforestation, to allow grazing of sheep and cattle. These progressed insistently until the First World War, after which they were carried out the initial afforestation. For this purpose were included mainly conifers, not always native, able to re-colonize the significantly degraded limestone soil. The species most used were the black pine (Pinus nigra) and the Aleppo pine (Pinus halepensis), associated with pines, cypresses and cedars. In some locations also it has been employed indigenous hardwood (oak, hornbeam, flowering ash, oak, alder). After the War, the work was continued before Corpo Forestale dello Stato and from 1928 by the Milizia Nazionale Forestale. After WWII Comunità Montana have further enhanced the vegetation by planting seedlings of oak, oak and hornbeam with black truffle hyphae.

The vegetation of the Monti Martani is not homogeneous, but varies depending on the substrate, exposure and altitude. From the slopes of up to 550-600 m lies a cultivated end: with olive trees, arable crops between Giano dell’Umbria and Morcicchia (cereals, sunflowers, vegetables) or pasture and meadow polifitici, in the opposite side. In addition, the oil limit covers a discontinuous forest belt. The western and southern slopes, the warmest and sunniest, are dominated by thermophilic forests of oak (Quercus pubescens) and oak (Quercus cerris), while the north-eastern, more shady, from mesophilic forests of oak and hornbeam (Ostrya carpinifolia) . We can also find maple, flowering ash, laburnum, hawthorns, dogwoods, junipers, oaks and dogwoods. In the San Felice area, there is the holm oak (Quercus ilex), flanked by species typical of the Mediterranean climate such as viburnum, buckthorn, strawberry tree, the stracciabraghe, asparagus and pungitopoi. The woods are interspersed with conifers (pines, firs and cedars) used in various reforestation. Along water courses also grow riparian forests consist of willows, poplars, elms, elders and locust trees. In the summit area extending secondary grasslands, often used as pasture, mainly consisting of bromine, star purpurea, rattles, Covetta meadows and brome. Here you can meet secular individuals hawthorn, flanked by juniper trees and wild roses. In northern and eastern slopes, above 1000 m, there is the beech (Fagus sylvatica) in small formations known as La Ghiaccia and San Pietro in Monte. In spring and summer you can see the summit of beautiful daffodils blooms, orchids, lilies, buttercups, crocuses and violets.