Share this page
The materials found during the excavation confirmed the hypothesis of a very rich client, especially for the quality and sophistication of the coatings. All the walls had to be covered with frescoes painted by skilful craftsmen (probably from the capital). An incredible amount of marble slabs of various origins (Italian, Greek, Egyptian …) had to cover walls and floors. Stucco frames decorated with mold and painting (material for its fragility hardly be found in this quantity and condition), they had to run along the top of the walls. The excavation has also returned clay slabs lining with decorative motifs that recall the production to the capital or to the bell. 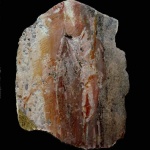 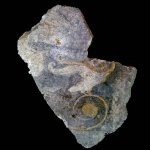 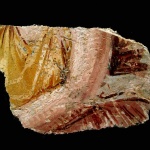 fragment of painted plaster. Bust of a Woman 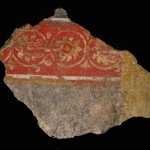 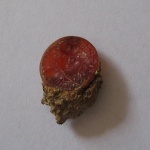 The part of the affected villa from the excavations at the end of 2008 had reached over 900 square meters.

The quality of marble imported from around the Mediterranean basin, together with the frescoes of extreme refinement give the idea of a rich client. signet glass paste

The archaeological excavation has provided information immediately and very important data. In addition to the pavilion dedicated to the largest thermal plant in the west side, upstream of the calidarium, it came to light a large tank-natatio of 3 meters x 3.5 (on the plant green compartment) which retains the hydraulic covering in white earthenware. To the east, however, it was put

light in the time of a sewer which has a length of 22 meters, a height of 1 meter and 50 cm wide.

The proximity to the ancient Via Flaminia and the material so far returned from archaeological surveys suggest a large structure made up of several pavilions, of which the main and most important may have its own entrance near the consular road. 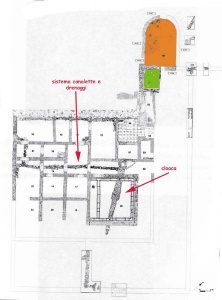 Up (west) of natatio (green box) was discovered a hall with an apse that preserves a good part of his greatness the floor in spicatum (orange box). About 6 meters long by 3.80 wide, with a wall to double hanging reticulate (typical of the historical period); the environment is likely to be a tepidarium older than that revealed in 2005. The most recent so it may be the result of a substantial restructuring in ancient times, and gives an idea of the size of the villa. The archaeological material that was found (amphorae, ceramics, etc.) Belongs mostly to the first century A.D. and plasters can be assimilated to the III and IV Pompeian style. Surveys in the North side confirmed given that the villa structures continue in that direction.
Informativa:Questo sito o gli strumenti terzi da questo utilizzati si avvalgono di cookie necessari al funzionamento ed utili alle finalità illustrate nella cookie policy. Se vuoi saperne di più o negare il consenso a tutti o ad alcuni cookie, consulta la cookie policy.Chiudendo questo banner, scorrendo questa pagina, cliccando su un link o proseguendo la navigazione in altra maniera, acconsenti all’uso dei cookie.OkLeggi di più