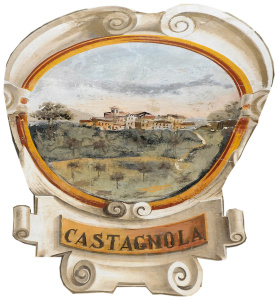 The village of Castagnola, nestled in a pristine landscape, not far from the beautiful Abbey of San Felice, was one of the castles of the so-called “Normandia”. His story, like that of other local castrum binds to the vicissitudes of the City of Janus, with whom he often weaves peaceful relations. It was disputed by the city of Foligno, Spoleto and Todi; in the fourteenth century. He was part of the Lordship of Trinci and in the sixteenth century. He came under the rule of Todi: as evidenced by the coat of arms, walled on the front door, depicting an eagle with two eaglets under the wings, symbol of Todi domain. The etymology of the name, rather curious, has raised several hypotheses; probably it refers to the village structure reminiscent of a chestnut. In the Middle Ages the castle was divided into three districts, and was governed by a mayor who remained in office for 6 months and held various tasks. The life and administration of the municipality was governed by a real-laws, drawn up in 1486 in Latin and then translated into the vernacular in 1600. The visit to the castle starts crossing the ancient local stone port on which the eagle soars to Todi; tiny alleys and medieval houses tightened within the ancient walls, allow you to make a trip back in time. The only sacred building that we find within the walls is the church of Santa Croce located at the beginning of the village; probably of ancient origin, it shows outside the typical structure in blocks, inside unfortunately was remodeled in 1700. Following the tour of the city walls you can enjoy a beautiful view of the surrounding hills and the Martani Mountains; among olive trees, oaks and cypresses also seen impressive and severe Abbey of San Felice.